If you read Jeanene’s bio you already know that she was into the whole rural life thing from way back. A cabin in the woods for weekend retreats and writing marathons. If you read Martin’s bio you know that he wasn’t particularly interested in anything like this at all. The only mountains he cared about were the ones with a nice snow pack and ski resorts.

So how did we get from happy suburbanite to wannabe off-grid homesteaders?

We blame it on Doomsday Preppers, backyard chickens, and Llamas. 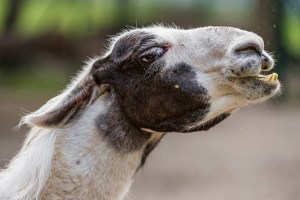 We had a grand time watching and mocking the Doomsday preppers. Not that we didn’t agree that being prepared was a sound decision, but their reasoning and the extent of their preps? Wackadoo. It became a running joke between us to talk about prepping for the Zombie Apocalypse which sounded no less plausible to us than most of the ridiculous scenarios the featured Preppers considered worth prepping for.

“We should have some canned goods and water set aside for the Zombie Apocalypse.”

“A few lanterns would be good to have on hand the next time the power goes out— or, you know— for the zombie apocalypse.”

“Those rocky, steep outcroppings would make an excellent place to ride out a wave of zombies. They’d never be able to climb up”

BTW, we base all our zombie preps on Walking Dead style zombies, maybe with a hint of Z-nation for some cheesy flavor. 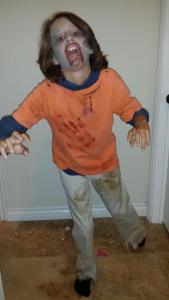 Jeanene always wanted to have a cabin in Idyllwild, CA– a place to spend weekends, and get away from the distractions of the world for the occasional writing binge. Then she was diagnosed with breast cancer in early 2013. Biopsy, surgery, chemo and radiation all followed. Each step wearing her down physically and mentally. It was during these dark days that her dream of a cabin in the woods became a much needed distraction: It entered the obsession zone.

We continued to watch Preppers and the dream really began to come together as something much more than a fun little get away, We got serious about the idea of retiring to the country and homesteading. Doomsday Preppers became more of a lesson in “What can I take from their set up that would work for me”.

We wanted something nearby so we could visit on a whim, a place we colud not only build in the future, but camp on now. When her treatment was over we began making forays out into the back country of both San Diego and Riverside counties, searching out rural acreage and fine tuning the list of options we were looking for. It took a year of searching and saving before we found the right place for us.

Funny story– We were actually looking at the property next door. With no fencing or any other kind of boundary markings it’s impossible to tell where one lot stops and another starts. We had wandered on to the land that would eventually be ours and were immediately smitten, only to be disappointed later when we came back with a real estate agent who confirmed where the property line was.

He suggested we keep an eye out in case the owners decided to sell at some point and then we could add the obviously much nicer lot to our homestead later. That night Jeanene went home and looked up the other property. Turns out it was already on the market. In fact she recognized the listing as one we’d tried to scout out months before but had been unable to locate it (the drive was so overgrown as to be invisible.)

We immediately called up our agent and put an offer in on the second property. 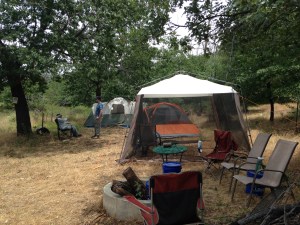 And we′ve been enjoying it ever since.

So what do llamas have to do with it?

Jeanene: We can buy a parcel of land in Idyllwild for $18,000
Martin: now you’re talking 🙂
Jeanene: completely undeveloped
Martin: on a related but either more or less plausible note, once Lucas is out of school I’d be interested in looking into moving further out
Jeanene: I’d like to live somewhere with more space and less rules
Martin: I can’t remember what I wanted to do in the backyard yesterday, but I felt constrained by our suburban location.
I’m racking my brain and can’t remember 🙂
Jeanene: lol
Martin: maybe it was a llama